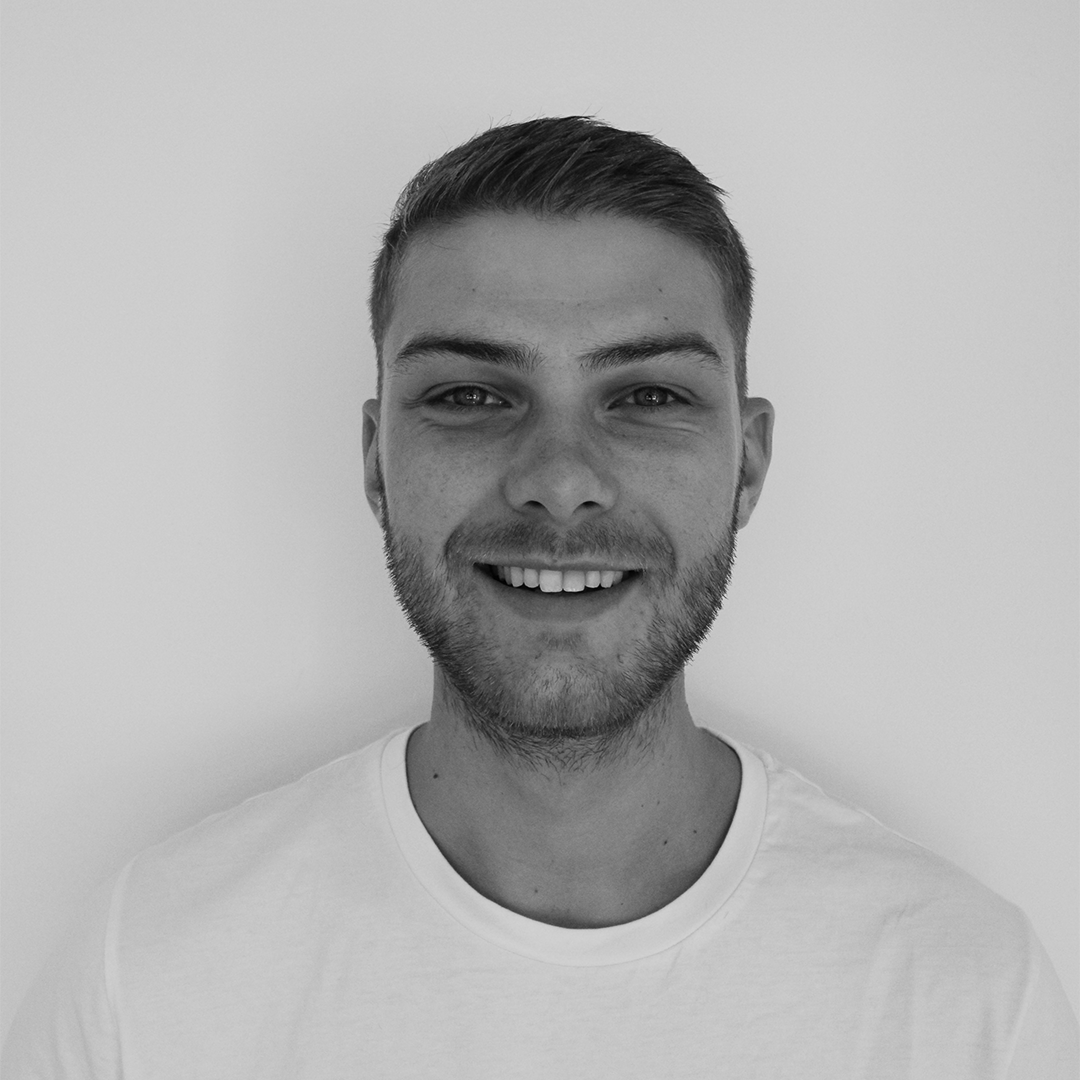 Out-of-home (OOH) advertising is a medium taking the world by storm. OOH can take many different forms, with billboards, leaflets and posters being the most recognised pieces being used. Supposedly, 98% of consumers are exposed to some form of OOH advertising each week; the numbers are insane!

OOH is definitely something to be considered if you’re looking to grow your marketing empire, with many different avenues you could travel down at varying budgets and scales. It’s guaranteed that you’ve seen a particular form of OOH advertising on your travels that’s made you chuckle, question life or decide to make a purchase. So, check out the list below of our 20 favourite OOH ads.

In an attempt to promote Sir David Attenborough’s newest documentary: “A Perfect Planet”, the BBC’s ad above is perfect to showcase the devastating impact that humans have on our planet.

The BBC Creative team behind the stunt decided to set the billboard of a monkey in its natural habitat on fire to demonstrate the impact of forest fires. Whilst it’s incredibly sad that this is our reality, it’s one ad that we’re extremely grateful for. Excellent work, BBC 👏

This sarcastic billboard by an advocacy group called the Canada Housing Crisis was put in place to raise awareness about the housing struggles that many individuals face. Canada is just one country in a long line of many who suffer from housing crises, with more than 235,000 people experiencing homelessness each year.

The billboard above was directed to certain individuals who seem to overlook this massive issue and suggest that homelessness is the fault of those experiencing it.

The billboard successfully raised awareness of this horrendous problem, with more than 11,000 people soon after joining the online Canada Housing Crisis Reddit community.

It’s a tune so famous that if you heard someone hum it, you’d know exactly where it was from and which fictional character it’s associated with.

Star Wars’ much-loved “Imperial March” theme inspired this ad from Bumble in 2021, aiming to encourage love-seekers to join the platform and find their next soulmate.

The text underneath the tune reads, “Into Star Wars? So are seven million other singles”. If you’re struggling with a pick-up line for your next conversation, how about “You’re the Obi-Wan for me”. You can thank us later 😏

Transforming one of McDonald’s best features, the drive-through, the fast-food restaurant aimed to encourage consumers to get back into the open world after the COVID pandemic by offering free McFlurries to passers-by.

The hole-in-the-wall billboard ad read “Fancy a moment to just enjoy?” and is a great, unique example in a long line of McDonald’s billboards that bring a bit of fun into the world of OOH ads.

If you’re someone who gets into a car and neglects the seatbelt, this is an ad for you.

Utilising an incredibly large slingshot is a unique and straightforward way to remind passengers to “Belt up” and protect themselves when in the car, or they may suffer a horrible fate.

Plastered on the side of a building undergoing construction, this ad by Powerhouse Gym gives the impression that you, too, can lift immensely heavy weights if you spend a bit of time in the gym. If only it were that simple…

This, however, is a very clever way to showcase the sort of workouts that the average gym-goer may experience at their local Powerhouse Gym. Where can we sign up? 💪

If there’s one thing that the average DIY expert must do, then it’s trust in your hands and the tools that you’re using.

Here, Craftsman Tools hope to encourage you to do exactly that, alongside purchasing one of their trusty hammers, spanners or wrenches. The detail in the design is incredible! This is one style of OOH ad that we’d love to see more often.

Specsavers’ iconic tagline features on pretty much every ad they release. This dodgily installed, topsy turvy billboard was created by their in-house marketing team and resonates perfectly with their slogan.

We’re hoping that there are no sore necks from craning to read it, but hats (and glasses) off to Specsavers for this ingenious OOH ad 👏

Comedically dramatising the need for nose trimmers, this well-placed and well-utilised billboard speaks directly to those at the heart of a nose trimmers’ target audience.

Just like dealing with the electrical wires utilised in the billboard, Panasonic is telling viewers that cutting nose hair is no easy task and you must have a sufficient tool to do the job.

An issue that’s ever-so present in most big cities, the American Disability Association’s stairway mural aims to promote the incredibly important message that the accessibility of handicap facilities is lacking.

Using the phrase “For some, it’s Mt. Everest” highlights the sheer challenge that many people face when attempting to climb a set of stairs that others would deem easy.

These guys, again… If there were a hierarchy in the world of OOH ads, McDonald’s would be the Queen (we already have Burger King, duh!).

Due to their time-related menu changes, this sundial billboard showcases what customers can expect to order throughout the day. Starting with coffee at 6 am and eventually moving to burgers at 11 am, fast foodies can begin to plan out their order before even arriving at their local store.

p.s. if you’re yet to try the new McPlant, you have to! It’s McDelicious 😋

Tailgating is a serious issue for anyone on the road. Regardless of whether you’re the tailgater or the one being tailgated, this action affects everyone and is something we should all be discouraging, so more demonstrative billboards like the one above are very welcome!

If you’re searching for a new face cream and would like a little demonstration of how exactly your pores are cleaned from it, then check out Pond’s billboard.

It may be *quite* unlikely that there’s a little man who cleans pores & fights pimples in every tube of Pond’s anti-bacterial facial scrub, though; one can only dream 🤔

Nothing says “our tape is stronger than the rest” like taping a billboard onto the side of a wall.

The simplicity of including a single image of their tape on a white background is cleverly used by Penline. There’s nothing unnecessary in the design, and all you can see is the distinctive colour of their yellow, super-sticky tape alongside the comically large strips of tape also being used.

A favourite tactic of many big brands is to poke fun at their competitors and try and encourage consumers to make the switch to their brand, something fast-food eateries love doing.

Whilst their billboard includes some spiel about the ideal length of a billboard ad, the boldness of “our ingredients are better” is the main focal point, drawing your eyes away from the rest of the message.

The message’s main point is that “short headlines are better”, and emboldening a separate, shorter message proves that point.

On World Ocean’s Day, Corona sought to raise awareness of the growing marine plastic pollution issue. On top of the 10,000 individual pieces already included in the artwork, locals were asked to drop off their own plastic waste to be used.

Like the wave used in the design, the demonstrative ad aimed to showcase the plastic pollution tidal wave affecting our planet.

Another giant that utilises OOH ads very well, this particular Coca-Cola billboard tells you exactly where to stick your recycling.

Coca-Cola’s famous white swirl is a highlight of this bright design, finishing with a finger pointing to an accompanying, similarly coloured red bin. You’re making us thirsty, Coca-Cola! 🥤

This creative ad showcases posters perfectly placed within the open world, taking everyone back to their childhood.

Each poster features an 8-bit style image using Lego blocks that gives us all an opening into a world made entirely of Lego. This is the dream of any young, imaginatively-minded kid (or a like-minded adult who still loves Lego).

A top quality of most kinds of toothpaste is that they make your teeth whiter & stronger. So strong, though, that you can rip a billboard in half? Well, if you use Formula Toothpaste, this is precisely what you should expect.

This eye-catching ad utilises the motto “builds strong teeth” perfectly and links it to the design being shown. Incorporating the billboard structure works so well and is definitely something that’ll encourage viewers to choose Formula for their next toothpaste.

This billboard perfectly epitomises everyone’s dream on a Friday afternoon when work is about to finish. The image of reaching out for a wonderfully cold beer and remembering you can have a lie-in tomorrow. Ah, it’s amazing 😌 Sorry, getting a bit carried away…

Anyway, this super innovative ad by Heineken makes everyone desperate for it to be beer o’clock. The hand that’s reaching out alongside the question of “beer?” is a fun way to show everyone’s desire for the time when we can crack open a cold one and relax.

There you have it! Our list of twenty of our favourite OOH ads. Whilst this is a fairly extensive list, there are so many we love but couldn’t fit onto here! Are there any great ones you’ve noticed out and about? Let us know via our social media accounts! Or, if you’re looking to grow your brand through OOH, contact us today!