28 Times Brands Got Lost in Translation 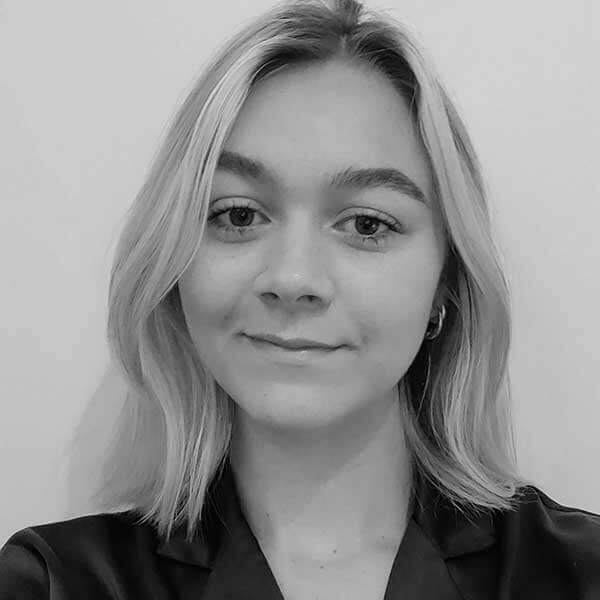 Growing your business and expanding into new territories is exciting but comes with a whole host of challenges. Arguably, the most important is translation. If you don’t speak the language of your new audience, how on earth will you successfully market your product to them?

You may think translation services are easy to find, making linguistic marketing fails by big brands few and far between, but our research shows that isn’t the case! Some of the companies in this list are big brand household names, from car manufacturers to stalwarts in the global food and beverage industry.

Read on to discover the daft mistakes made by 28 brands who tried to bring their products to a new country without the proper prep, often with hilarious results.

Gerber is a well-known American baby food manufacturer who had previously never experienced issues with the perception of their brand name. That’s when they decided to make a move into the French market.

Unfortunately, they declined to use localised translation services and didn’t notice that ‘gerber’ resembles a French slang word for ‘to vomit’. Needless to say, the brand failed both in France and French-speaking Quebec.

IKEA are somewhat well known for funny-sounding Swedish furniture model names. They don’t tend to translate these for foreign markets, perhaps because their Swedish background is a big part of their brand identity, but this one really takes the biscuit.

One of the selling points of this handy workbench was wheels for easy manoeuvring, a feature IKEA clearly considered when naming it ‘Fartfull’, roughly meaning ‘fast vehicle with wheels’. They probably didn’t consider how it sounds in English, though…‍

‘Intimi’ means ‘intimate’ in Hebrew, making it the perfect choice for naming an Israeli dating service, right? Not quite, at least not when you combine the two and come up with ‘intimidate’. Dating can be daunting enough, thanks!

The word ‘mist’ translates to ‘dung’ in German, a fact that liqueur brand Irish Mist didn’t consider before branching into the German market. As you might expect, most Germans didn’t fancy quenching their thirst with a sip of poop.

British owned food brand, Sharwood’s was really pleased with its ‘first of its kind’ oven sauce and launched into India with a massive TV campaign.

However, they’d failed to recognise that ‘bundh’, which describes a traditional northern Indian cooking method from a specific region, sounds remarkably similar to the Punjabi word for ‘arse’. Funnily enough, consumers recognised this very quickly, calling up to point out that the company was confidently selling ‘arse sauce’ to Indians.

Language and politics are very much intertwined, as the Orange mobile company found out the hard way when they launched a campaign in Northern Ireland. They went with the brave slogan, “The future’s bright, the future’s Orange”.

Considering it suggested support for the Orange Order, a Protestant fraternal organisation, this word choice went a long way to alienate a large portion of Orange’s intended audience.

Luckily Orange has now been absorbed by EE, so should be able to avoid stirring up sectarian conflict in future.‍

Electrolux is a successful Scandinavian vacuum cleaner company that decided to bring its success to the US.

While the slogan they chose wasn’t technically a mistranslation, it was a significant misunderstanding of localised language use. “Nothing sucks like an Electrolux” became just one big joke to US consumers.

Another company ready to take the English-speaking world by storm was Powergen, an Italian brand known for its batteries.

To make a statement, they decided to set up a new website introducing their brand, and its Italian roots. What better web address than “powergenitalia.com”? Nothing to see here.

Do you know what I really can’t stand? When my pen leaks into my pocket and creates the miracle of life. Hate when that happens…

There is a solution, though! Parker Pens proudly announced to their new Spanish audience that their pen “won’t leak in your pocket and make you pregnant”. Thank goodness.

In all seriousness, Parker had meant to say, “it won’t leak in your pocket and embarrass you”, but a mix up with the Spanish words “avergonzar” and “embarazarse” advertised the pen as a perfect contraceptive solution. Next time hire a Spanish translator rather than relying on your old D-grade GCSE knowledge.

In another cock-up for Spanish speakers, Coors moved into the market with the slogan “Turn it loose”. While this was correctly translated, they weren’t aware it was Spanish slang for “suffer from diarrhoea” until it was too late to clean up. I guess they have that in common with diarrhoea sufferers.

The Spanish-speaking world has really taken some garbage from British and American brands in the past.

It’s weird enough that Frank Perdue Chicken’s slogan in English is “it takes a tough man to make a tender chicken”, but the poor Spanish translation is really something else.

“It takes a sexually stimulated man to make a chicken affectionate”.

Paxam is an Iranian soap and cleaning products company. Their detergent powder product is named ‘snow’ in their local market, but when moving into the English-speaking world, they mistranslated this to “barf”, raising few eyebrows in the supermarket aisles.

In a deadly turn for the car manufacturer, Mercedes decided on a full name change for their Chinese launch.

They went with the name ‘Bensi’, obviously without consulting local translators, because why would you?

It turned out ‘Bensi’ translates as “rush to die” in Mandarin. Not reassuring to the average car buyer.

After Mercedes is done killing them off, the Chinese have an antidote in the form of Pepsi, who were keen to advertise the restorative power of their refreshing beverages Perhaps a little too keen.

You really do have to watch what they’re putting in fizzy drinks these days.

Unlike some previous brands on this list, Vicks didn’t bother to translate or alter their name when advertising in Germany.

Unfortunately, when said aloud “Vicks” sounds identical to the German expletive for “fuck”. Very rude for a cold and flu product.

Yet another brand threatening violence on the Chinese is KFC. They translated their signature slogan “Finger Licking Good” into “eat your fingers”. A request or a command? Who knows? Maybe one daybrands will realise that Chinese marketing translation services do exist.

Another major player in the car industry who are lax on their translation services is Ford.

They took their Pinto model to Brazil without considering the fact that ‘pinto’ is slang for ‘small penis’ in Brazilian Portuguese.

Unsurprisingly, Brazilian men weren’t too keen on advertising that particular piece of personal information through their vehicle choice, and the model flopped.

Along similar lines, the Mitsubishi Pajero wasn’t so popular in the European market, since it translates to “wanker” in Spanish.

Asking all the personal questions with their famous “got milk?” campaign, the American Dairy Association decided to take their message global by rather invasively asking Spanish-speakers “Are you lactating?”.

Not sure how it’s any of their business…

Car companies can barely catch a break, and Mazda won’t be spared the embarassment of their mistakes here.

The Laputa minivan passed most English and US consumers by, but to the Spanish, it’s “the whore” car.

It didn’t help that promotional material described it as “designed to deliver maximum utility in a minimum space while providing a smooth, comfortable ride” and “a lightweight, impact-absorbing body.”

Once again, another warning to car manufacturers to consider the name of their next model carefully.

Honda found out the hard way with that their Fitta model was a Swedish word for female genitals. Again, their slogan didn’t help matters: “The all-new Fitta, small on the outside, big on the inside.”

What could be tastier than a big pimp? Confused? It’s what McDonald’s almost called their French Big Mac. Still tasty though.

Another French faux-pas by a food company was Hunter-Wesson Foods’ baked beans, which they called “Gros Jos” in the French Canadian market. Despite, or perhaps because this is slang for “big breasts”, sales weren’t impacted. This one reads like a classic Google translate fail.

American Airlines were so proud of their brand new leather seats that they shouted about it all over their marketing material.

Unfortunately, their Spanish translation left a little to be desired, as “fly in leather” was translated to “fly naked.” Hopefully no Mexican travellers took them up on the offer and turned up to their flight unclothed.

Kmart really thought they’d done something cute when they combined the words “mama” and “namaste” to create the quirky Mother’s Day slogan “mamaste”.

What do you associate tissues with? Colds? Hayfever? Houses of ill repute?

When Puffs tissues moved into Germany, they didn’t bother to change their name despite it being slang for brothels.

Ford just can’t get it right. This time, their exploits in the Netherlands almost got them a mass murder investigation.

If you can’t see the value of reliable and accurate marketing translation services to your international marketing efforts now, we’re not sure you ever will!

Taking your brand global? Digital marketing is the best way to do it, and we’ve got the know-how. Read more about our services in web development, design, paid social and PPC ads, and email marketing, then drop us a line!

Liv graduated in 2021 with a degree in English Literature from the University of Edinburgh, which is her favourite European city. She loves crocheting and researching left-field social media trends to write blogs about. She’s a big fan of Pinterest, Avril Lavigne, Thai Food, and exploring nature.