Use the contact form to request more information about our social media marketing service.

Black Friday Ads: 10 of the Best 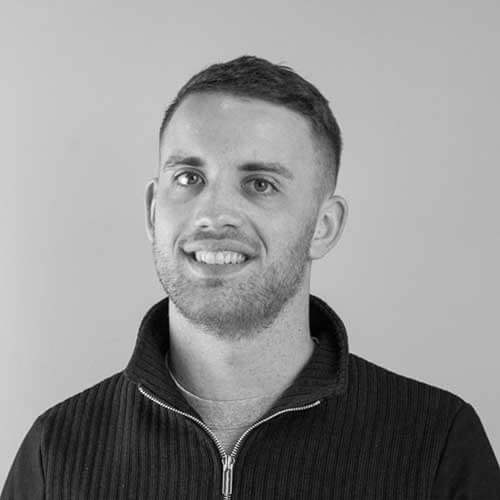 Whether you’re working in advertising, marketing, retail, or you’re just an anxious shopper, those two words are a little bit terrifying. Hearing them in September can be even scarier. But whether you love or loathe Black Friday, it’s seemingly coming at us even faster this year!

Whatever Black Friday ends up looking like in 2020 (we’ve got a blog on that coming, too), we can still be better prepared by looking back at some of the most successful Black Friday ads of past years. With that being said, let’s take a look at ten of our favourite Black Friday ads we’ve seen over the years.

Apple: An Apple a Day

What was so brilliant about Apple’s email marketing during the run-up to Black Friday was the staggering of information. They let the anticipation build slowly over several email blasts, starting with a teaser some weeks in advance, and then following up with an email detailing the actual deals closer to the big day.

For a company whose product is a hot commodity like Apple, this works very well. It gets customers imagining what amazing deals will await them. Even if the deals don’t live up to their expectations, must-have iTech is so popular that Black Friday business for them is almost a sure thing.

If your product isn’t quite as in-demand as the latest iPhone, still consider building that excitement with a countdown and plenty of teasers. Shoppers will be anticipating Black Friday, so take this as an opportunity to fan the flames.

Fast fashion companies like Missguided tend to be the biggest companies to offer big discounts and exciting offers over Black Friday. Giveaways are one of the things they’re known for to grab their audience’s attention, in addition to running their deals from as early as a week before Black Friday and well past the Cyber Monday mark.

In past years, they’ve run giveaways as frequently as every fifteen minutes on their Twitter page. They’ve also previously offered stackable discounts on-site, giving customers the ability to use codes on sale items for double the deals.

When it comes to Black Friday, it’s all about making a big deal. LITERALLY. No half-arsed discounts here. Go big or go home.

When you hear about men’s underwear companies doing great advertising, it’s usually because they have Shawn Mendes in nothing but boxer briefs…

…sorry, where were we?

Oh yeah. Well, Australian underwear manufacturer aussieBum did an amazing job of making their Black Friday ads a huge talking point by taking their 2016 campaign straight to the movies. Instead of using big bulges to sell their briefs, they used the big screen. They reinvented well-known movie studios logos with information about their whopping great 48-hour sale.

It’s a fun, interesting, cheeky way of getting people to like and share the ad with friends. It gets their message across in a concise and informative way, while keeping their stock under wraps. Just like underwear should.

Pieminister: Eyes on the Pies

When it comes to smaller businesses, a great way to boost your audience is to team up with an organisation with a greater following than yours. Not only did Bristol-born company Pieminister do this for their previous Black Friday ads, but they also chose an organisation that would allow them to give back in addition to giving big discounts.

“Black Pieday” was an ingenious marketing strategy with a great name to boot, and they successfully amassed new followers and additional respect by offering out pies to those who donated to Shelter. A worthwhile cause while also undoubtedly boosting their organic traction across their socials.

A step in the right direction and something we would love to see emulated by other companies this year!

You can’t think of Black Friday without thinking of shopping giants Amazon. Headed by the richest person on Earth, Amazon knows how to sell almost anything, and its holiday deals are no exception.

They also manage to kill it with their advertising, though it’s honestly questionable they even need to advertise at this point. An example is this previous Black Friday ad, featuring a slightly terrifying box-man appearing in an office and running down the street.

Not the most horrific thing to come out of Amazon, but definitely up there.

You may not have heard of this next one, but our friends across the pond surely have. Chubbies is a men’s beachwear brand in the US which kills it almost every holiday period. Their biggest brand win over this period has been rebranding to “Thighber Monday”, growing their awareness tenfold during this period. Who would’ve thought that a brand known for swim shorts would be winning in winter?

One of their more recent Black Friday campaigns saw them advertising sweatshorts they have rebranded as “schworts”, and connecting them to a post-Thanksgiving chill-out. Coupling fantastic design with entertaining copy set this one apart – great to see from a creative perspective!

Their 2017 campaign focused on not letting your size sell out, and design and copy won over audiences again.

Dollar Shave Club: What NOT to buy for them

A company that appears time and time again in Black Friday ad winners lists is Dollar Shave Club. This is purely because their ads are fantastically humorous and make you pause to take a look.

By showing you exactly who you shouldn’t buy their products for, ie. grandmothers, bearded bikers and children, they found that rare sweet spot between making themselves into a joke, but in no way hurting their brand.

A secret to beating everyone else in Black Friday is to do something no one else is doing. That’s where Sephora shined in this next ad.

They completely ignored Winter deals and focused on their upcoming Spring beauty collection. A one-day exclusive offer that got people talking about Spring before they’d even celebrated Christmas.

The first of our “Anti-Black Friday” picks comes from Patagonia, a brand known for its emphasis on ethics. Their 2011 “Don’t Buy This Jacket” campaign was truly a gamechanger. They actively encouraged their customers to NOT buy their clothes, instead repairing their existing garments or purchasing second hand.

In 2016 they followed this up by donating all of their Black Friday sales to nonprofit environmental groups around the world. A truly great company speaking strong messages to its audience.

Unsurprisingly, revolutionary adult card game Cards Against Humanity are not fans of Black Friday. They previously held a 99% off sale on ridiculously expensive items such as big-screen TVs and actual $100 bills, which, as you’d expect, sold out quickly.

They followed it up in recent years by increasing their prices on their card game by $5 over the Black Friday season, which undoubtedly made their fans love them even more.

We hope that, by now, your brand has started to plan for Black Friday 2020, or perhaps from reading this you’ve found some inspiration from our top picks.

If you’re still lost in the woods when it comes to Black Friday and Cyber Monday prep, we’re here to help you. Give us an email at hello@digitalmediateam.co.uk, or find us on Facebook, Twitter, LinkedIn and Instagram.